Whoever would have thought it but here we are back in lock down again and for some reason this lockdown seems harder than the rest. The sunshine kept us company the first time around, bbqs for dinner and the kids splashing in paddling pools made us all feel that bit better able to cope with being locked inside.

The second lockdown felt that it would not be for long and we could manage to get the numbers down and get back to some normality quickly.

This lock down, I am struggling more than before. Maybe it’s the colder weather or the huge spike in numbers, all I know is that this time it feels different. The first week or so was busy with little things like taking down the tree, snuggling up watching movies and it felt like a little extension to the Christmas holidays. However now three weeks in its all a little harder. 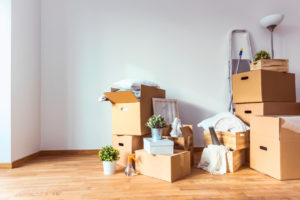 I finally cracked trying to use the kitchen table as a classroom for the two kids along with a home office for myself. We were all distracting each other and with the fridge staring at the kids it felt like they were endlessly hungry. I felt like none of us could focus.

I knew we all needed our own space and there would not be as much distraction that way. Creating Space involved a good clear out. We have a small box room with a desk which appears to have become a dumping ground for anything that does not have a permanent home. That was the first project. Black bags were filled with cushions that were no longer used, board games that were no longer played and other kid’s toys that they had outgrown. Once the Space was cleared my daughter claimed this as a place to do her schoolwork everyday. She was very happy.

Next was my son’s room, at almost nine I knew the job of clearing some space in his room involved getting rid of some of his toys and items he had outgrown. I found this difficult as some of the items had so much sentimental value that I wished we could hang onto them. We filled boxes with these items, but where do the boxes go? Once boxes were filled we managed to have a clear desk where he could also do school work and not be distracted by his sister and working Mum.

I had reclaimed the kitchen table as my own work space and they could go off to their own separate spaces/classrooms to get their school work completed. It is going to make things so much better I can just feel it!

All this space we had created resulted in my hall being filled with boxes and black bags full of items. The next step…..Storage! Something my house just didn’t have. What happened next was like someone coming with a magic wand, we found Space storage. We arranged for a pick up from a local transport company who took all of the items to Space and placed them all inside our own storage unit and locked it away. I have to say it was so easy and I was able to organise everything over the phone, the team were so helpful and I could stay safe and regain my own space at home. Thank you Space Storage for making this third lock down that little bit easier!